Bamboo farming in Madurai and prospects of prosperity

Bamboo farming in Madurai and prospects of prosperity 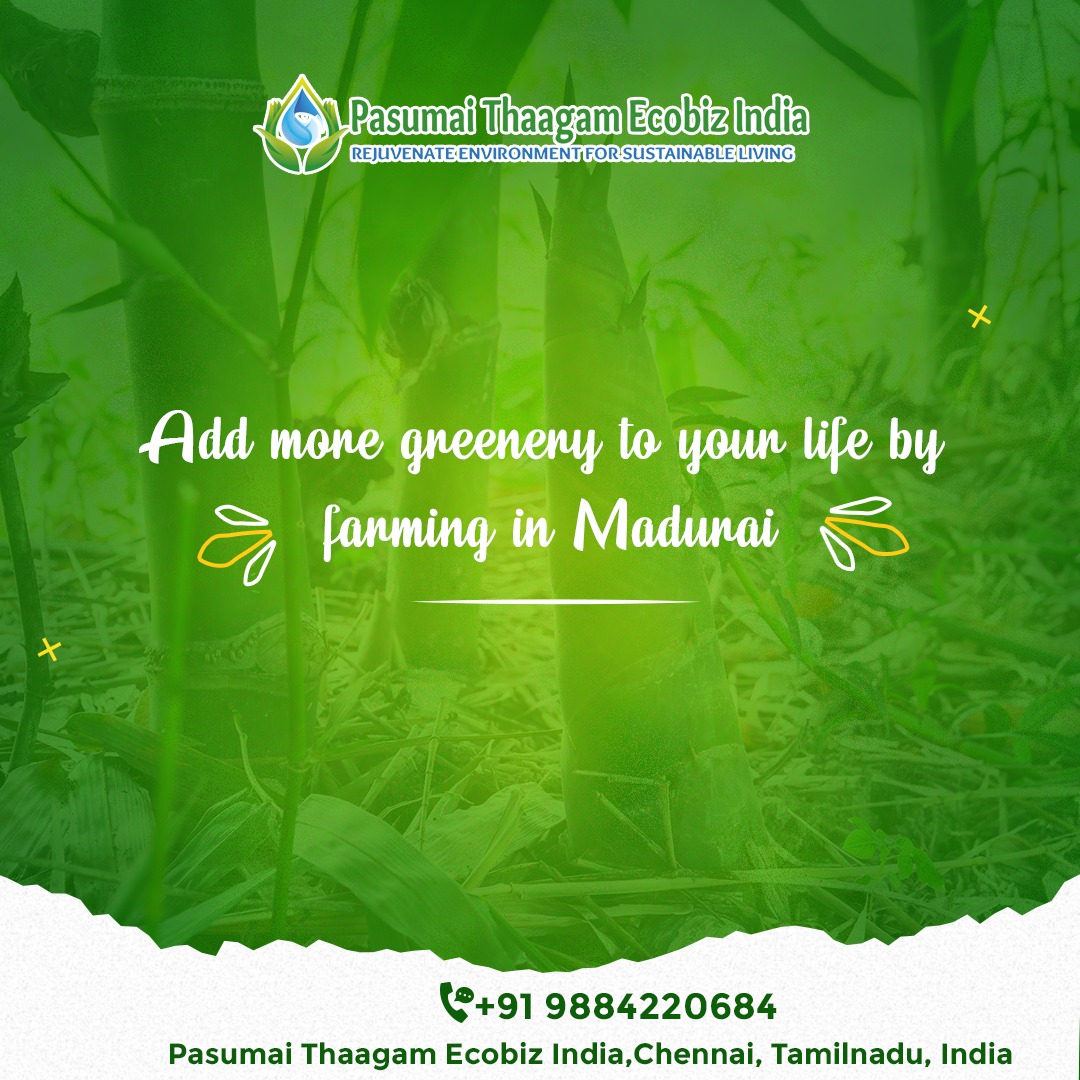 In this fast-growing society, competition ismore  intense than ever and earning has become equally tough. Needs have expanded and even double income does not suffice. To meet such family commitments people look upon to second income through investments in real estate, shares and more. One such option is bamboo farming in Madurai which assures returns since the scope of bamboo is widely recognised.

From being called as ‘poor man’s timber’, bamboo is now hailed as ‘India’s green gold’ and more land for farming in Madurai are perused for bamboo cultivation. The economic potential of bamboo is simply versatile including its capacity as non-wood raw material with high tenacity. The malleability of bamboo makes it replace plastic in plastic-based products. The potential of bamboo farming is maximised when it is backed by a strong supply chain from cultivation to harvesting and processing.

The Tamil Nadu government is showing more interest in the prospects of bamboo farming including additional income for farmers and the small scale industries which might use bamboo products.

Land for farming in Madurai exudes abundant opportunities to secure sustainable second income when bamboo is chosen as a crop. The expanding prospects of bamboo have increased the products and crops that are based on it, thus making the crop an investor’s delight.

As an agri business owner, you could earn one lakh INR per year from the third year which serves as a second income. We work for the investors to raise bamboo and procure commercial benefits. Land for bamboo farming in Madurai is purchased in sizes like one acre, 50 cents and 25 cents according to individual purchase capacities.

The second income thus obtained by agri business owner, thus secures family of investor for 70 years to come. Nearby factories approach the farm to purchase the bamboo and make payments immediately.

Bamboo farming in Madurai: Where does the raw material go?

Bamboosa Vulgaris, Bamboosa Nutan and Bamboosa Tulda are bamboo variants that are feasible for bamboo farming in Madurai. Bamboosa Vulgaris has massive scope in the construction and furniture industry and can also be used as livestock fodder.

Also known as Indian timber bamboo, Bamboosa tulda or Bengal bamboo is one of the most beneficial bamboo varieties and is used for construction, scaffolding, making utensils, furniture, baskets and in the Indian paper pulping industry.

Water-carrying membrane in bamboo attributes its fastest growing capacities and this prompts research teams to develop efficient electrodes for batteries from bamboo which enable faster recharge.

Bamboo farming in Madurai: Securing environment for the next generation

While earning a second income and securing the successors of the family, agri business owner also secures the environment for the same. Bamboo is reputed to generate 35 per cent of the oxygen than that generated by an equal volume of other trees and has a massive capacity to control carbon footprints.